Signatures, unlike other types of evidence, are something that are understandable by everyone and as such it is therefore natural for you to want to compare it yourself. We frequently hear from clients the statement that “the signature looks just like” the purported signatory’s signature, but were you aware that research has shown that a layperson is nearly 13 times more likely than a Forensic Document Examiner to incorrectly call a simulated signature to be genuine?

We also frequently hear from clients that their signature is always different and this in fact touches on one of the core tenants of a handwriting examination called Range of Variation. 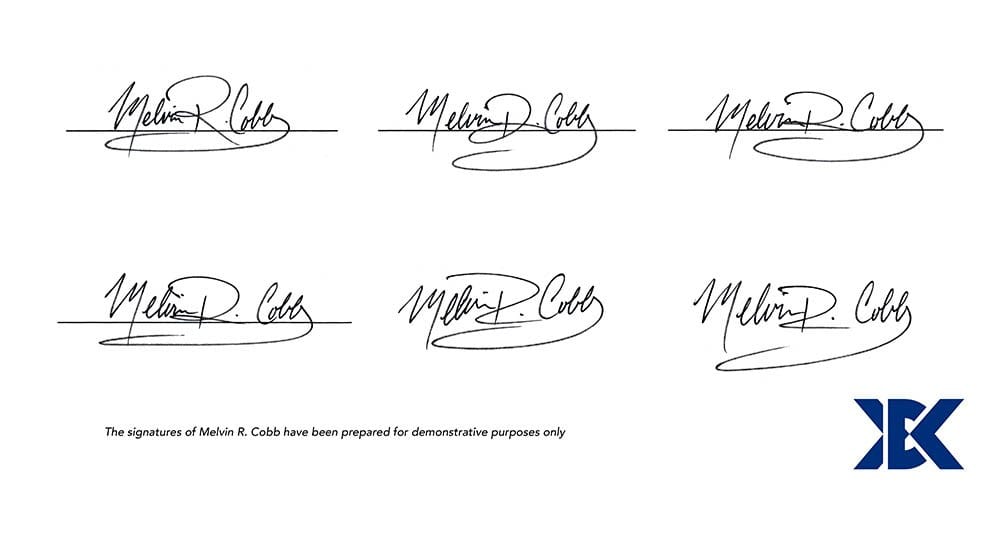 Research has shown that no individual is capable of reproducing a complex body of writing, such as a signature, exactly the same way twice. The comparison process performed by a Forensic Document Examiner is to determine not only what a writer does, but also perhaps more importantly what a writer does not do. This is called their Range of Variation.

The above signatures of Melvin R. Cobb have been prepared specifically to demonstrate the concept of Range of Variation. Upon first glance, you will notice that the height and size relationships of the letter “M” are quire consistent between the six signatures shown. Upon further examination though, you will note significant variations are present within the signatures including the letter “R” and the terminal flourish of the last name “Cobb.”

These differences illustrate the importance of retaining a qualified Forensic Document Examiner when you have a case of disputed signatures.

If you have a case involving a disputed signature, contact us today for more information on how we can help your case.

Find out when we post new articles that may inspire you to approach your case differently.

By submitting my data I agree to be contacted. 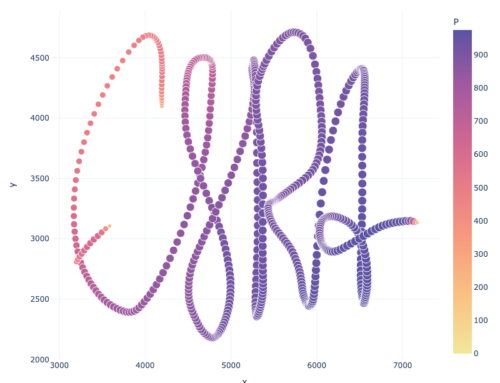 To What Extent are eSignatures Forensically Reliable 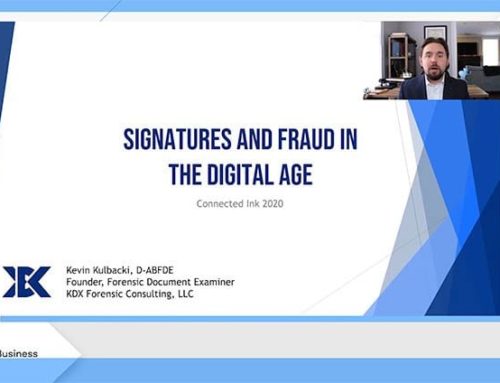 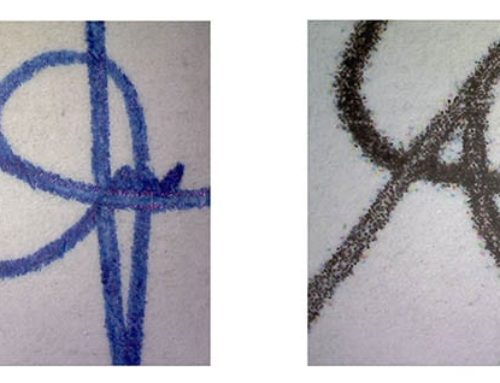 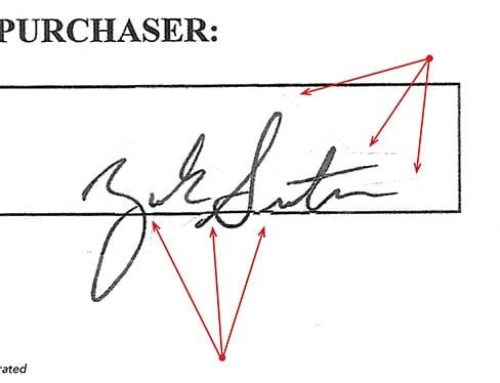 Forensic Results You Can Trust

KDX Forensic Consulting is one of the premier Forensic Document Examination firms in the United States.  Based in Chicago, KDX has over 9 years of experience working on behalf of the United States Federal Government, Law Enforcement, and the private sector.